The Moody Music Building at The University of Alabama Catches Fire 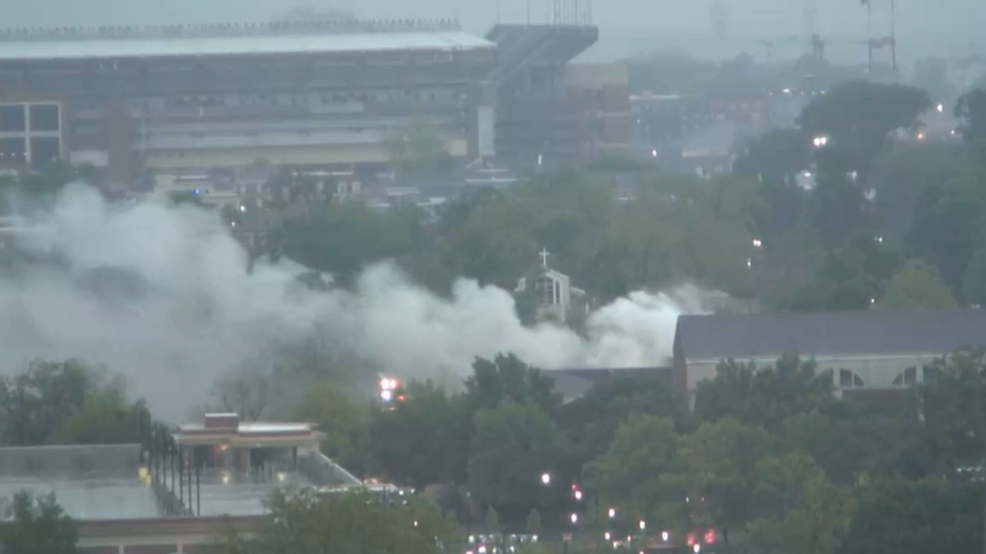 Courtesy of: ABC3340 in Birmingham

A portion of The University of Alabama caught fire Sunday afternoon. Multiple Tuscaloosa fire units were on scene at The Moody Music Building fighting the blaze. The fire started around 5:00 p.m. At several points flames could be seen through the large smoke cloud billowing from the building.

Tuscaloosa Fire Chief Randy Smith says it was a three-alarm fire. He says the fire is in the roof and they are working to put it out.

Smith says the sprinklers inside were not activated, so it seems as if the fire was just in the roof. He said because of the weather/lightning it was too dangerous to put firefighters on the roof this afternoon to pull the shingles so they could get the water deeper in there, but they were able to use the ladder truck.

No injuries are reported. No one was inside. 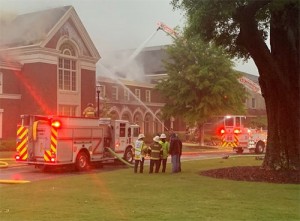