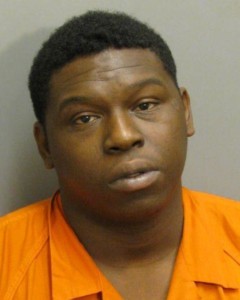 The man charged with the kidnapping and murder of 19-year-old Aniah Blanchard, Ibraheem Yazeed. Yazeed is charged with kicking a Lee County correctional officer and biting another.

The officer bitten was injured.

According to a police affidavit, on March 23, Lee County Sheriff’s Department Corrections Officers Carl Key, Christopher Carroll and Steven Barner were attempting to get  Yazeed into his cell after he took a shower but he refused to enter and became hostile. Officer Carroll deployed his taser and he became combative and resisted. Yazeed started swinging at and kicking correction officers. He was tased several more times and when this did not have an effect on him, officers struck Ibraheem with their batons. Officer Johnnie Wilson responded to assist.

Officer Dalton Dunlap responded to assist and while attempting to gain control of Yazeed, he bit Officer Dunlap on the lower left leg.

After gaining control of Yazeed, corrections officers were able to place him into his cell.

Yazeed faces second degree assault charges as a result of the incident. The preliminary hearing for this charge is set for May 27.