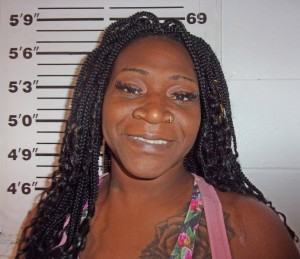 An Andalusia woman faces multiple charges after hosting a party while Alabama is under an order from the state health officer limiting gatherings.

“When officers arrived, they found a party of about 40 to 50 people,” Hudson said. “They also smelled an odor of marijuana.”

Officers made contact with the tenant who currently renting the house, Melanie Nicole Chambers. Chambers became irate with officers, he said.

Hudson said Chambers also coughed in an officer’s face and said something about COVID-19, the coronavirus currently causing a worldwide pandemic.

Hudson said the arrest marked the first time the APD has charged someone with violation of the state’s stay-at-home order.

“We are handling this on a case-by-case basis,” he said. “If participants refuse to comply with the order, we have to take steps to enforce it.”

Hudson also praised the officers who responded and handled the situation.

“Three officers initially responded, and they did a good job of keeping order and getting back-up,” he said.