Inmates Sue Prison Guards After Being Beaten While Cuffed 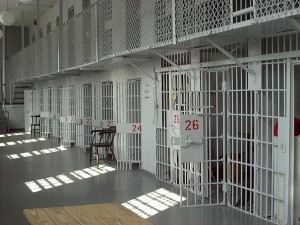 Two previously beaten Elmore Correctional Facility inmates, Cortney Rolley and Christopher Hampton are suing the prison guard who assaulted them as well as other employees of the facility who conspired to conceal the assault.

Authorities say Sgt. Ulysses Oliver Jr. the guard who beat the two inmates faces up to 20 years in prison after he pleaded guilty to assaulting the pair while they were handcuffed.

Rolley and Hampton filed the lawsuit this month against Oliver and the other employees, stating the men’s constitutional rights were violated.

A Department of Corrections spokeswoman declined to comment. It wasn’t immediately known if Oliver had an attorney who could comment on the suit.

(Copyright 2020 The Associated Press. All rights reserved. This material may not be published, broadcast, rewritten, or redistributed without permission.)