The Montgomery Chamber’s Convention and Visitors Bureau is projecting millions of dollars in lost revenue. 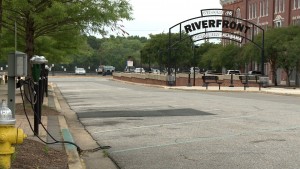 Chamber officials say 20 large conferences or events have already cancelled, adding up to at least $3 million in lost revenue for the city and county.

Hotel occupancy numbers have also dropped.  Usually this time of year, it would be around 70%.  Meg Lewis with the Chamber says March was down to 55% and they expect April will be even lower around 20%.  Montgomery had seen an increase in tourism in recent years and Lewis is hopeful it will return as the economy recovers.

“We believe that demand is going to be there because people are going to think about being together, and thinking about meaningful things as we come out of a challenge like this and Montgomery is a destination unlike any other that can offer that type of meaning and experience for people,” she explained.

City leaders also say the reopening of beaches should bring more traffic through Montgomery and help businesses in the city with a much needed rebound.

The Latest: 2nd day of 50-plus cases in S Korea virus spike