Authorities continue to search for a missing Hoover man — whose abandoned car was found in Perry County last week.

Seventy-one year old Frank Stevenson of Hoover has been missing now for more than two weeks. 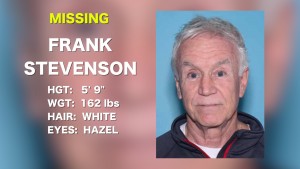 “He was last seen wearing a gray pull over long sleeve shirt with khaki pants. He has a history of dementia,” said Perry Co. Sheriff Billy Jones.

Jones says authorities began searching for Stevenson in Perry County — after his gold Toyota Camry was found by someone riding an ATV.

Stevenson’s car was found in a timberland area in the Suttle community stuck in a muddy ditch on a logging trail.

“We could see where the tire had been spinning and evidently he exited the vehicle from there and he ended up on foot out in this area,”said Jones.

Jones says search teams have gone over the area with a fine-tooth comb. 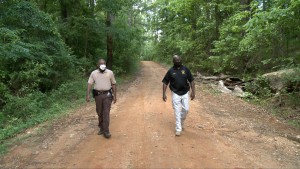 “The search included a helicopter, drones, two different sets of cadaver dogs. We had prison tracking dogs. And an intense ground search which involved the game wardens here in Alabama.”

Jones says no evidence of foul play has been found during the investigation.

However, Stevenson is still missing.

Anyone with information that can help authorities find Frank Stevenson — call the Perry Co. Sheriff’s Office at (334) 683-6534.

One Dead in 18 Wheeler Accident in Troy