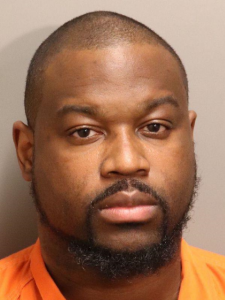 Montgomery Police has charged a man in the Wednesday, May 6, homicide that left one person dead.

MPD Spokesperson Cpt. Saba Coleman says police and fire medics responded to the 2900 block of McQueen around 3:00PM in reference to a person shot. Ford was taken to a local hospital where he later died.

The investigation is still ongoing. Cooper-Jenkins is currently in the Montgomery County Detention Facility.