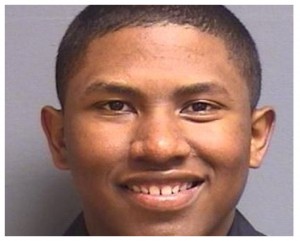 This week is National Police Week, a time designated each year to express our deep gratitude to the law enforcement officers who serve our community and to honor and remember those who made the ultimate sacrifice. The Montgomery County District Attorney’s Office will recognize one of these special heroes, Montgomery Police Department Officer Carlos Taylor, with a Car Parade in appreciation of his service at 11 a.m. Thursday, May 14.

Officer Taylor is a 2016 graduate of the Montgomery Police Department. He was an outstanding student who was elected president of his class. In February 2017, Officer Taylor was critically injured in a crash while on duty. He suffered a traumatic injury to the stem of his brain.

While he is not walking or able to communicate verbally, Officer Taylor is very alert.

At the conclusion of the Car Parade, DA Bailey, representatives from the Alabama Attorney General’s Office, and David Sikes of Alabama Wounded Blue Inc., will present donations collected by their staffs to the Taylor family. Sikes will also provide an update on Alabama Wounded Blue Inc.’s efforts to raise money to help the Taylor family purchase a wheelchair accessible van, which will make it easier to transport Officer Taylor to and from his many medical appointments.