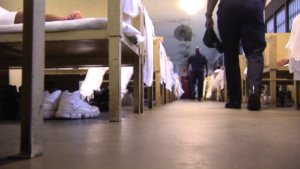 Gov. Kay Ivey and the Alabama Department of Corrections have announced the submission of proposals in an effort to improve Alabama’s prisons.

The next step is for the proposals to be evaluated confidentially.

“The dire need for new prisons becomes more prevalent and evident with each passing day. It is no secret that our current facilities, which were constructed decades ago, are structurally failing, no longer can safely house inmates, and simply cannot provide the critical, 21st-century programming and rehabilitative services this population desperately needs to successfully reenter society,” Gov. Kay Ivey said in a statement.

The evaluation of the proposals will be conducted by a committee, including representatives from the ADOC and the Alabama Department of Finance, including the Division of Construction Management. The  committee will then make recommendations to ADOC Commissioner Jeff Dunn.

It is expected that the evaluation and recommendation period will last at least six weeks. Gov. Ivey and the ADOC plan to announce the successful developer team(s) this summer.

Following the announcement of successful developer teams, the process will progress into a confidential negotiation period. Once negotiated, the financial terms will be shared publicly, possibly as soon as this fall.

CDC Wants People in High-Risk Areas to Wear Masks, Even If Vaccinated