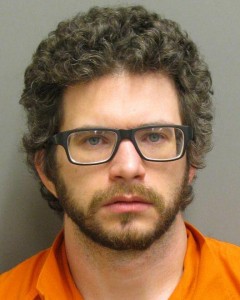 According to court records, in February 2018, an agent from the Alabama Law Enforcement Agency (ALEA) discovered online activity that caused him to suspect Salter was using a file sharing program to obtain images and videos containing child pornography. On March 15, 2018, law enforcement executed a search warrant on his residence in Montgomery and seized multiple electronic devices. When agents analyzed the devices, they found more than 3,000 images and 86 videos of child porn. The images were also examined by the National Center for Missing and Exploited Children (NCMEC), which identified more than 1500 images with known victims. Law enforcement is not aware of any victims in the local area.

During his detention hearing in December, more details from the search of Salter’s residence surfaced. In addition to the illegal images and videos discovered on his electronic devices, agents found numerous female dolls of various sizes, children’s underpants, and white duct tape in his bedroom. Investigators also found over 400 additional images of children on Salter’s cell phone. These images were not pornographic, but were of clothed minors taken at various public places, such as stores and restaurants. The photos appeared to have been taken without the minors’ knowledge.

Salter’s sentencing hearing will be scheduled in the next few months and he is facing up to 20 years in prison and a fine up to $250,000. He will also be subject to a period of supervised release from five years to life.

“Protecting our children is one of law enforcement’s most important responsibilities,” stated U.S. Attorney Franklin.  “Those who possess and share child pornography are predators who prey on children and rob them of their innocence.  While we cannot fully restore what is lost, we can make sure that justice is served upon those who abuse children.  Salter’s crimes are disturbing, and I am grateful that we could work together with our law enforcement partners to stop him before he could inflict more harm.”