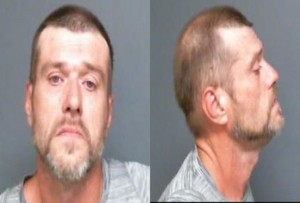 The Montgomery Police Department is searching for the location of 47-year-old fugitive Wayne Ellis. Ellis is described as a white male, 6’0 ft.in height, weighing approximately 190lbs.

Reports indicate that Montgomery Police responded to the 1000 block of Madison Avenue in reference to a stolen vehicle. At the scene, it was discovered that a marked Montgomery police patrol vehicle was stolen while left running and unattended. The vehicle was occupied by Ellis, who was in custody at the time for third degree Theft of Property.

The vehicle was stolen by Ellis while the officer was executing the warrant.

The vehicle was recovered a short time later in the area of East Delano Avenue and Gaylord Place. There was no damage to the vehicle.

The suspect is not in custody and remains at large.

If you have any information regarding the whereabouts of Wayne Ellis, please immediately call the Police or CrimeStoppers using the 24-hour tip line at 215-STOP (7867).

Suspect Charged with Murder in May 29 Shooting