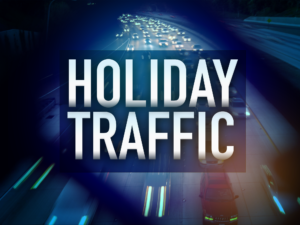 Troopers with the Alabama Law Enforcement Agency investigated 375 traffic crashes with five fatalities, as well as 10 boat crashes and four non-boating fatalities (drownings) during this year’s official Memorial Day holiday travel period, which was from 12:01 a.m. Friday, May 22, to midnight Monday, May 25.

This past weekend’s traffic fatalities involved three drivers, one passenger and one motorcyclist.

The deadly crashes occurred in Autauga, Hale, Lee and Mobile counties. The motorcyclist was using a helmet at the time of the crash, however three of the four individuals killed while traveling in vehicles equipped with seat belts were not buckled in. Monday, May 25, was the only zero-traffic fatality day of the four-day weekend.

Although the holiday travel period has concluded, ALEA Troopers will continue to patrol Alabama roadways and waterways throughout the summer and conduct DUI checkpoints and other enforcement activities designed to curb crashes, injuries and fatalities. Troopers will also participate in this year’s Click It or Ticket, a National Highway Safety Administration campaign promoting seat-belt usage. This year’s Click It or Ticket was postponed due to the coronavirus pandemic and will begin Monday, June 15, and end Sunday, June 28. Everyone is reminded to use seat belts no matter how short the trip, as well as to use personal flotation devices (PFDs) while on the water.