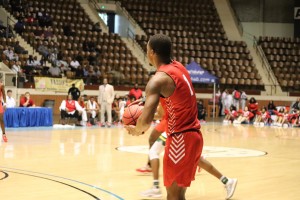 Many people around the area are saddened by the drowning death of Lee basketball and football star Jamari Smith. Smith drowned Wednesday afternoon at Chewacla State Park in Auburn.

Smith became a viral sensation this past season with his high flying dunks, all while helping to lead Lee High School to its first state basketball championship in school history.

Another legend gone too soon😓🙏🏾 https://t.co/4t9qzakAxV

“Our hearts are broken to learn about the tragic passing of Jamari Smith. We want to send our deepest condolences to the entire Smith family. Jamari was an upstanding young man with an extremely bright future. He'll always be a Blazer.” – @CoachBillClark pic.twitter.com/eZs3hjeFeX

Montgomery Public Schools sends its deepest condolences to the family of Jamari “Chop” Smith. Smith attended Robert E. Lee High School, where he was an outstanding student and star athlete. As a recent graduate of the Class of 2020, he would have attended the University of Alabama Birmingham this fall and be on the school’s football team.

“We’re all deeply saddened by the loss of Jamari. The entire MPS family will miss him dearly. Our hearts are with his family and loved ones,” said Superintendent Dr. Ann Roy Moore. We ask for respect for Mr. Smith’s family, loved ones, classmates, and the entire Lee High School family.

Heartbroken over the passing of Jamari Smith. Smith was no doubt a special talent, but it was his emotion & passion & love for people that made him truly shine. https://t.co/tL5PnUxln4

Today we lost a special young man… You will be truly missed @jayy_primo23 🕊🙏🏾😔 pic.twitter.com/p3Osb3CB1K

Get Some Rest Lil Cuz.💙🙏🏽 pic.twitter.com/w8QwEPN0uE

#LACEUP @theleegenerals (@bball_lee) 1 of 2 unbeaten AHSAA schools left in the state. Their games regardless of location are always packed out to see the "Air Show" in Montgomery. Here's a little taste from tonights 69-38 win over Montgomery Catholic courtesy of @jayy_primo23 pic.twitter.com/1ujXCEXqGB

Rest up young fella .Prayers with his family ,friends and @theleegenerals 😩🙏🏾 pic.twitter.com/IHibbIxUzY