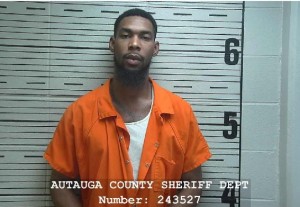 At approximately 4 am Thursday, May 28, Prattville Police responded to the area near Highway 82 and Highway 14 (900 Block of Selma Highway) intersection in reference to a subject that had been intentionally struck by a vehicle.

The victim, a 37-year-old male, was transported to Baptist South Hospital with serious injuries. The suspect initially fled the scene but a short time later turned himself in to the Prattville Police Department.

A subsequent investigation led to the discovery that the victim and suspect were acquaintances and the crime was possibly a result of an earlier altercation. Based on evidence obtained during the investigation, the suspect, Joshua Isaac Rashaad Harris, was arrested and charged with Attempted Murder and incarcerated in the Autauga County Metro Jail on a $25,000 bond.