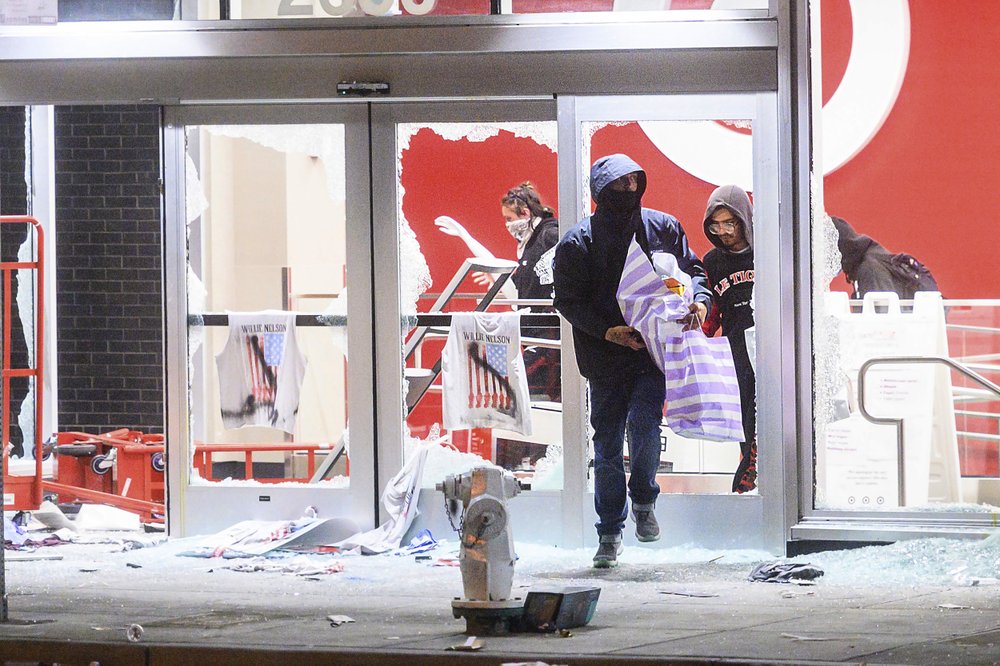 U.S. retailers large and small have closed some of their stores across the country because of disruptions caused by the widespread street protests over the police killing of George Floyd in Minneapolis.

Target, CVS, Apple, and Walmart all said Sunday that they had temporarily closed or limited hours at some locations for safety reasons. In some places, their stores have been burned, broken into or looted as protests turned violent.

Amazon said Sunday that it has adjusted its routes and suspended deliveries to keep its drivers safe in some cities, including Chicago, Los Angeles, Seattle, and Minneapolis. A spokeswoman, Kelly Cheeseman, said Amazon is also abiding by local curfews that have required people to remain off streets after a specified hour at night.

Small businesses, too, are surveying the damage or trying to determine how to operate amid the chaos. Ammar Aref, who owns a corner grocery store in Minneapolis blocks from where Floyd was killed, said he has stayed opened every day, but he doesn’t know how much stock to order and his employees don’t want to come to work. He boards up his windows every night.

Target, which is based in Minneapolis, said it has closed six stores for an extended period. Some of the worst damage was seen at its Lake Street store near where Floyd was killed. Footage showed people walking away with merchandise as smoke filled the store. The company said Sunday it was boarding up the store.

Target said it hopes to reopen the Lake Street store by the end of this year. Another of its stores in Minneapolis remains closed, along with stores in Atlanta, Philadelphia, Chicago and Oakland, California.

At more than 200 of its stores, Target said it had either adjusted hours or temporarily closed over the weekend, though most of the stores were scheduled to reopen Sunday or Monday.

Walmart said it closed hundreds of stores late Sunday afternoon to protect employees and customers. Scott Pope, a spokesman, said several dozen stores were closed all day Sunday because of damage from protests. He said he didn’t know when those stores would be able to reopen.

CVS didn’t say how many stores it closed but said it shuttered locations are in more than 20 states and the District of Columbia. A spokeswoman said pharmacies at closed stores will reroute customers to a nearby CVS so they can get prescriptions filled.

“We are continually monitoring protests as they occur in the communities we serve and will close stores, if needed, to help ensure the safety of employees and customers,” CVS said in a statement.

Apple said it decided to keep some of its stores closed Sunday. It didn’t say how many were affected.

Floyd, who was black, died while being arrested by Minneapolis police for suspicion of passing a counterfeit bill on May 25. Cellphone video showed that a white officer, Derek Chauvin, pressed his knee into Floyd’s neck for several minutes while Floyd, who was handcuffed, pleaded for air and eventually stopped moving. Chauvin now faces murder and manslaughter charges. The three other officers who took part in the arrest were fired but haven’t been charged.