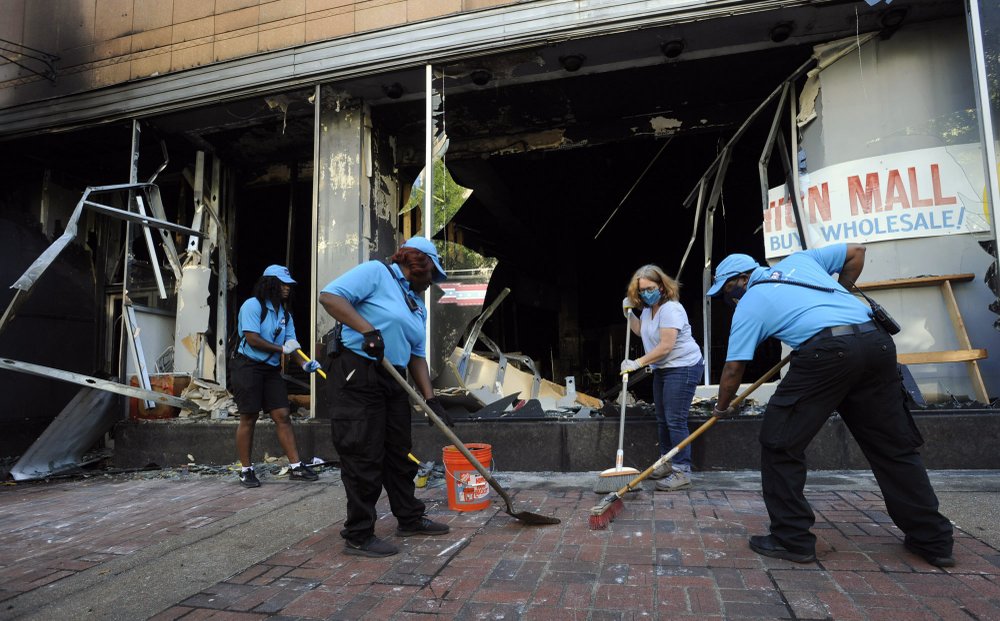 BIRMINGHAM, Ala, (AP) — The mayor of Alabama’s largest city declared a state of emergency and imposed a curfew Monday after demonstrators smashed windows, set fires, and defaced Confederate monuments following a peaceful protest against the death of George Floyd in Minnesota.

Mayor Randall Woodfin appealed for calm in a city known for civil rights demonstrations that turned violent in the 1960s when segregationist officials used dogs and fire hoses on protesters.

“Birmingham, this is not us. This is not who we are. This is not how we taught the world how to protest. Violence, bullying, and chaos is not the road to reform,” Woodfin told a news conference while announcing efforts to quell the mayhem from hours earlier.

Hundreds of people gathered peacefully in a downtown park, chanting and listening to speakers decrying police brutality, on Sunday before night fell. Some in the crowd toppled a bronze statue of city industrialist Charles Linn, who served in the Confederate Navy, but they couldn’t budge a huge stone obelisk honoring the Confederacy, instead of battering it with stones and hammers.