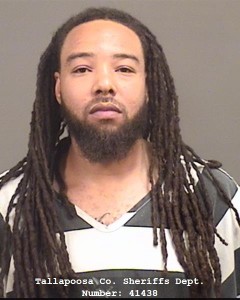 Several Alabama law enforcement agencies executed a search warrant at a residence on Whatley Street in Dadeville. The investigation began almost a year ago when complaints of drugs being sold on the premise of a local restaurant in Dadeville were called in.

During the investigation, investigators recovered approximately 230 grams of marijuana, 3 grams of cocaine, 10 grams of Ecstasy, two firearms, and pharmaceutical narcotics.

The investigation of the possession, distribution and trafficking of illegal narcotics is ongoing in
Tallapoosa County.