Welcome to June and the Official Start of Hurricane Season

HELLO JUNE: Today is the first day of meteorological summer for Alabama and will again feature plenty of sunshine and warm temps. Highs today should return to the upper 80s and lower 90s, we could see a few isolated showers this afternoon, but most locations will remain dry. The average high for Montgomery for June 1st is 88…we should highs a degree or two above that this afternoon.

HURRICANE SEASON BEGINS: Today is the official start of the 2020 Atlantic Hurricane season which will run until November 30th. However, the season got started a little early as we have had two named system already (Arthur & Bertha). We are likely to see Cristobal late this week in the Gulf of Mexico. 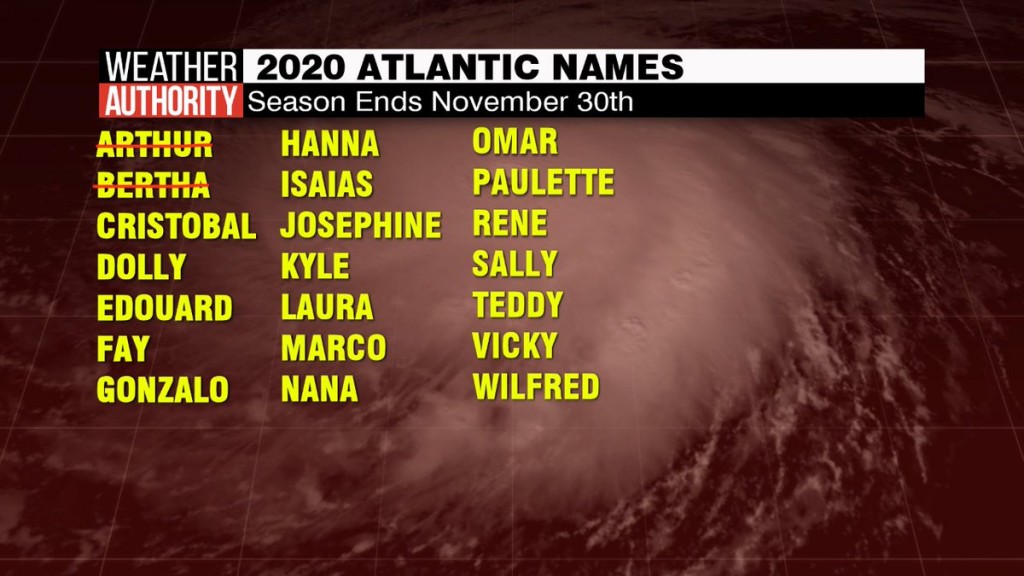 The remnants of Eastern Pacific Tropical Storm Amanda are currently located inland near the Guatemala-Yucatan Border. This large disturbance is forecast to move slowly northward this morning, followed by a northwestward motion later today, and the center of the low pressure system could emerge over the southeastern Bay of Campeche by this evening. If the remnants move back over water, environmental conditions appear conducive to support some development, and a new tropical depression could form while the system moves little through the middle of this week. Regardless of tropical cyclone formation, heavy rainfall is likely to continue over portions of southern Mexico, Guatemala, El Salvador, Belize, and western Honduras during the next few days. Formation chance through 5 days…high…70 percent. 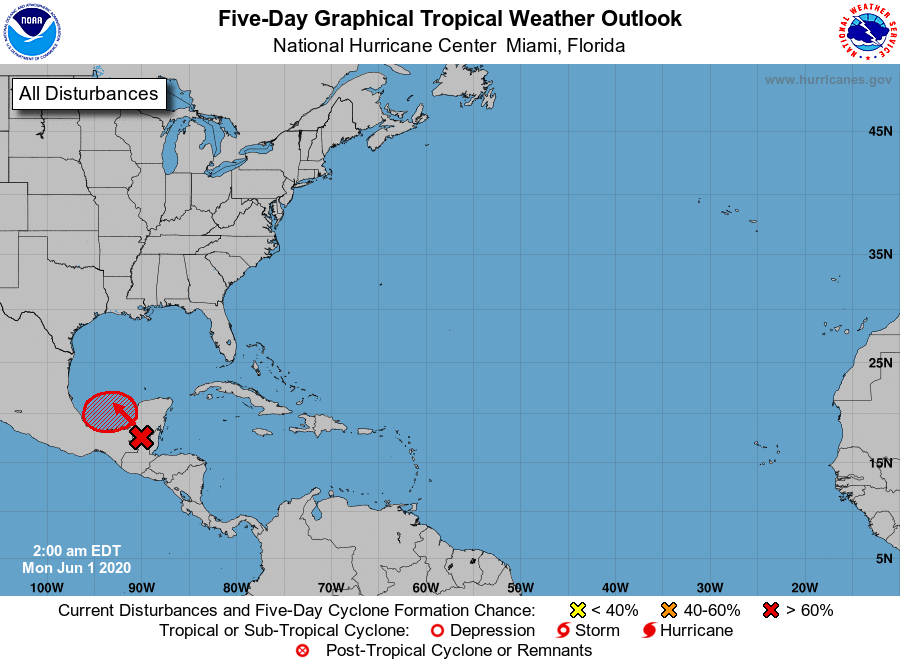 REST OF THIS WEEK: A surface high over the Southeast Coast means we should see warming trend each day, with highs each day a degree or two warmer, meaning upper 80s to near 90° to start the week, with lower 90s to end the week. Through the week, we will gradually see and feel those humidity levels increase as our flow will be more southeasterly, which means it will be hot and humid. Also, with those higher humidity levels, we see those daily, scattered afternoon and evening showers and storms that will bubble up across the Alabama landscape during the peak heating of the day. There is no way of knowing when and where they will occur, you just have to watch the radar each day.

WEEKEND SNEAK PEEK: For now, not much change in the weather pattern rolling into the week. For now, we will mention a mix of sun and clouds both Saturday and Sunday, with widely scattered afternoon showers and storms. Highs will range from 88-93 degrees each day, while lows hover in the lower 70s. However, we will mention that this could change depending on the tropical mischief in the southwestern Gulf later in the week as it could certainly increase our rain chances.

Have a great day and keep social distancing…
Ryan

Plenty Of Heat, But A Lack Of Rain Through The Weekend

Hot and Getting Hotter