Confederate Monuments Coming Down Around South Amid Protests 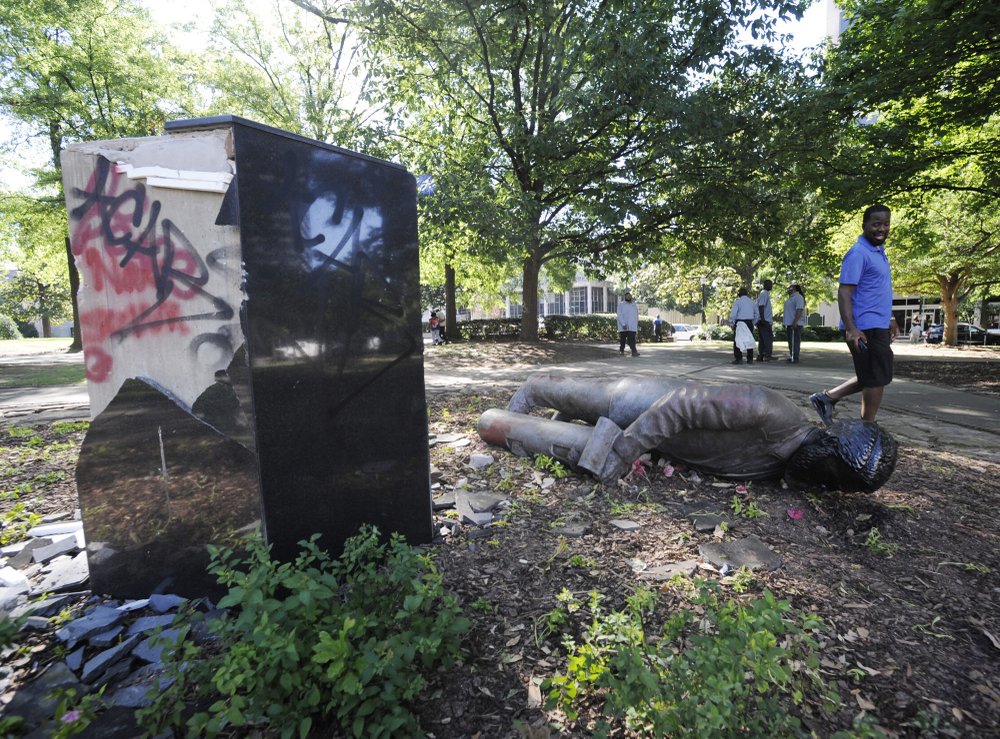 BIRMINGHAM, Ala. (AP) – Confederate monuments are once again coming down in the South. Relics of the Old South have been removed from public display in at least three states amid continuing protests over the police killing of George Floyd in Minnesota.

In Alabama, crews working overnight took down a huge stone monument in a park in downtown Birmingham. A woman whose sister died in a 1963 church bombing that killed four black girls nearby was among those who came out Tuesday to see what had happened. Sarah Collins Rudolph says she’s glad the monument is gone. She considered it to be a symbol of hate.