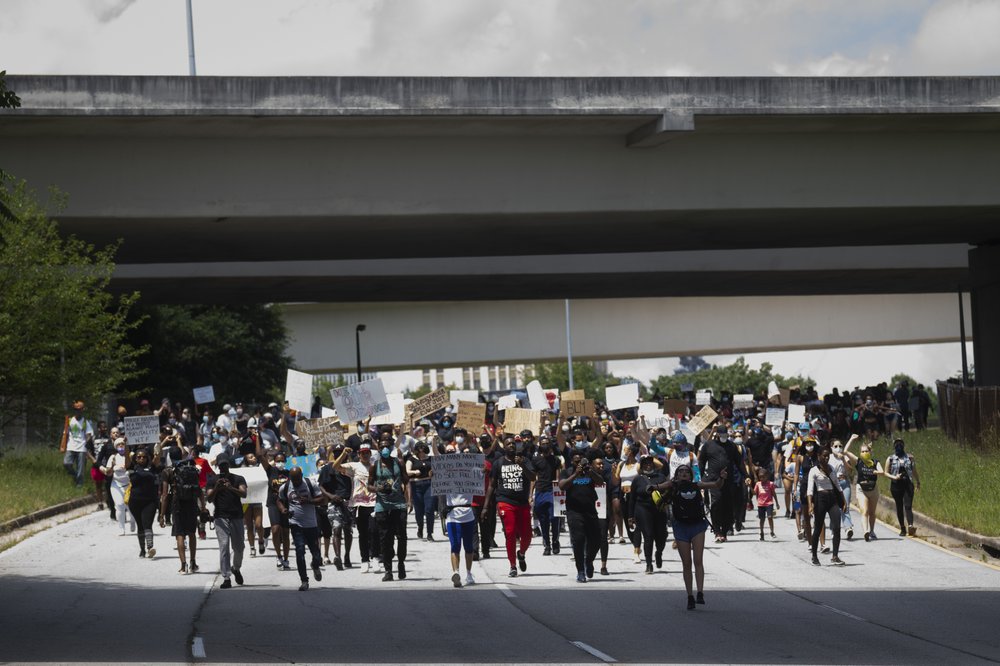 The Georgia chapter of the Society of Professional Journalists said in a news release that one journalist was detained Sunday and another on Monday covering protests and unrest that has followed the death of George Floyd in Minneapolis. Both were quickly released without charges.

Atlanta Journal-Constitution photographer Alyssa Pointer, a black woman, was detained by Georgia Department of Natural Resources officers Monday while wearing press credentials and after identifying herself as a journalist, the release says. Haisten Willis, a freelance journalist on assignment for The Washington Post, said he was handcuffed and briefly held by Atlanta police Sunday while trying to explain that he was a reporter. Willis is a white man.

Live video of Pointer being detained was streamed by a WXIA-TV reporter. It shows Pointer sitting on the ground with her hands restrained behind her back, before being released after other journalists interceded.

Kevin Riley, the editor of the Atlanta Journal-Constitution, said in a statement that Pointer was “doing her job.”

“While we are still getting details of what happened, there is no acceptable reason for a working member of the media — who clearly identified herself — to be detained,” Riley said.

Journalists covering protests across the U.S. have complained of rough treatment by police. CNN reporter Omar Jimenez was reporting live television in Minneapolis when police arrested him Friday. The following night in the same city, MSNBC host Ali Velshi said he was shot in the leg by police firing rubber bullets after his crew identified themselves as journalists.

Willis said police approached him in downtown Atlanta after curfew Sunday. He said he put his hands up, telling them: “I’m a journalist.”

Willis said he told officers he didn’t have a physical media ID, but had a digital credential on his cellphone.

“They said a digital credential could be forged,” Willis said.

Willis said officers cuffed his hands with plastic zip ties. He told them he had business cards identifying him as a freelance journalist. He said police let him go within minutes.

“I understand where the police are coming from. They didn’t know who I was initially. I was out after curfew,” Willis said. “But at the same time it was quiet and I didn’t see the need to rush when I was trying to tell them who I was.”

Publicist: Irene Cara, star of the movie 'Fame' and winner of an Oscar for the title song for 'Flashdance,' has died

Authorities: Virginia Walmart shooter who killed 6 bought gun hours before the shooting and left a note of grievances