Another murder investigation is underway in Selma — after a shooting in the city early Tuesday morning. 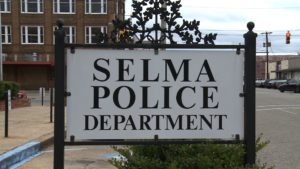 Chief Kenta Fulford says it’s the city’s second homicide in less than a week. He says the shooting happened at around 4 o’clock in the morning on the 400 block of King Street.

Fulford says officers found the victim lying on the ground unresponsive — when they arrived at the scene.

“Upon arrival they saw Mister Christopher Murphy, 47 years of age, on the ground with multiple gunshots. He was pronounced dead at the scene,” he said.

No arrest has been made in the case.