JCPenney in Andalusia on List of 154 Stores to Close 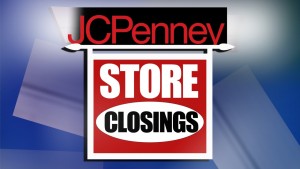 JCPenney has released a list of 154 stores it plans to close as part of its Chapter 11 bankruptcy protection. The JCPenney in Andalusia is one of four stores in Alabama on the list.

A court hearing is planned for June 11 in bankruptcy court in Texas. If a judge approves the plan, the closings could start immediately.

According to the JCPenney website, the Andalusia store remains closed because of concerns over coronavirus.

The other Alabama stores slated for closure are in Florence, Scottsboro and Spanish Fort.

Stores in Montgomery and Prattville aren’t on the list of closures. However, JCPenney calls this the first phase of store closures and had said in May that it planned to eventually close about 240 stores, leaving it with more than 600 stores.

More Than 900 People in Alabama Hospitals with COVID-19