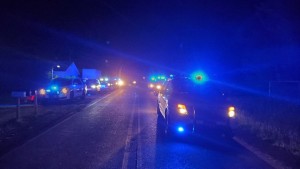 Seven people have been found dead inside a house that was set on fire in Morgan County early Friday morning.

Officials say the house is in Valhermoso Springs near Decatur.

Deputies say they are familiar with this residence as they responded to several drug and domestic violence calls.

News outlets report that neighbors called authorities after hearing shots. Once the fire was put out, investigators say they found seven men and women dead inside.

A sheriff’s official says investigators don’t have a suspect or a possible motive in the slayings. But he says authorities don’t believe there’s an active threat to area residents.