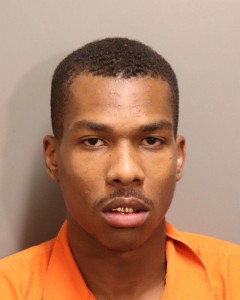 Robertson was identified as a suspect, located short time after the offense, then taken into custody and charged.