A Selma man is behind bars tonight — following a shooting Tuesday morning on Landline Road in Selma. 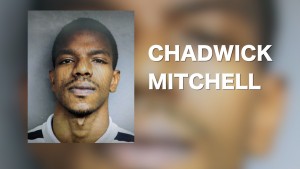 He says officers found a white male — with a gunshot wound to his thigh — when they arrived on the scene.

King says the victim had been jogging when he was shot.

He says the man was able to give police a description of the suspected shooter — and the vehicle he was driving.

Mitchell is being held in the Dallas County Jail without bond.

The man accused of shooting a jogger on Landline Road in Selma Tuesday — made a first appearance in court Thursday.

District Attorney Michael Jackson says Chadwick Mitchell was appointed an attorney — and his bond was set at $200,000 dollars.