CARE Ambulance is pulling out of the Dallas County area at the end of the month. Now, county officials are in the process of looking for a new ambulance service provider. 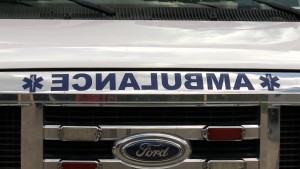 “A life can be lost with any time lag,” 911 Board Chairman Tom Lee.

An ambulance can mean the difference between life and death — during a medical emergency.

So with CARE Ambulance pulling out of Dallas County at the end of the month — county officials are working to find another ambulance company — to serve the area — before they leave.

“Time is of the essence in this thing. We can’t afford to be two days without ambulance service so, we’re moving as rapidly as we legally can.”

CARE Ambulance notified the county last month — that it would not be renewing it’s contract with the county. That prompted — the 9-1-1 Board to put out Requests for Proposals to other ambulance service providers.

Lee says three companies are now under consideration by the board — to take over the ambulance service in the county when CARE leaves.

“In the executive committee review there were three outstanding proposals and it looked to me like we’re going to be able to replace what we had with CARE with an equal or possibly even a higher level of ambulance service,” he said.

Lee says the board hopes to have the new ambulance company in place before the end of the month.

CARE Ambulance is also pulling out of the Lowndes and Chilton County areas — as well.

Bicyclist Killed in Crash with Vehicle Near Carmichael Road

Speedway Owner Loses Staff, 'All but 2' Sponsors After Post