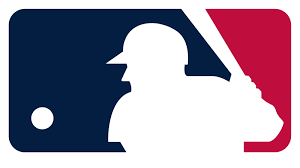 TROY, Ala. – Junior Levi Thomas was selected by the San Diego Padres with the 109th pick in the fourth round of the 2020 MLB Draft, Thursday evening. Thomas becomes the sixth Trojan in program history to be selected in the top five rounds of the draft. Thomas finished with a career 2.98 ERA and 185 strikeouts compared to just 53 walks, a ratio of 3.5:1. With a 12-3 record, his .800 win percentage is tied for the 10th-best mark in school history. He held opposing batters to an average of .209 in his 34 appearances as a Trojan. Thomas, a native of Cullman, Ala., burst onto the national scene with an impressive 2020 season, despite making just four starts before the season was abruptly ended due to COVID-19. The Collegiate Baseball All-American posted a miniscule ERA of 0.39, a top-15 mark in the country in 2020. Thomas amassed 42 strikeouts in 23.0 innings – the 10th-most nationally – while holding opposing batters to an average of .117. His WHIP of 0.65 was the 17th-best in the nation this season. Thomas earned back-to-back Sun Belt Pitcher of the week honors to open the season and was also named a Collegiate Baseball National Player of the Week after beginning the year with seven consecutive strikeouts en route to fanning a career-high 14 batters in five innings on Opening Night.
The righty turned more heads when he allowed no runs in 6.0 innings at No. 1 Florida. Thomas didn’t give up a run until his fourth start of the year against Michigan State at the Cox Diamond Invitational, an outing where he still struck out 11 batters in six innings. Thomas joins Brandon Lockridge, Mike Felix, Jorge Soto, Nate Moore and David Bond as the school’s only players selected in the top five rounds of the draft. Felix remains Troy’s highest pick as he was chosen 48th overall – second round – by the Pittsburgh Pirates in 2006.

TUSCALOOSA, Ala. – Alabama outfielder Tyler Gentry was the fourth pick of the third round (76th overall) in the 2020 MLB First-Year Player Draft, going to the Kansas City Royals. Gentry becomes the second-highest drafted Crimson Tide outfielder in program history, trailing only Joe Vitiello who was selected in the first round of the 1991 draft. He is also the highest Alabama player selected since Mikey White went in the second round of the 2015 MLB Draft.

AUBURN, Ala. – Auburn redshirt junior left-hander Bailey Horn was selected by the Chicago White Sox with the 11th pick of the fifth round (142nd overall) in the 2020 MLB Draft Thursday. Coming on the heels of Tanner Burns being drafted in the first round last night, it marks the fourth time Auburn has had two pitchers drafted in the top five rounds, including the first time since 1997.

“It was a surreal feeling to get that call. I just can’t explain it,” Horn said of being drafted. “I’ve had a lot of help to get where I am today, and I can’t thank the people in my corner enough. Coach Thompson took a chance on me out of junior college, and I can’t thank him enough for that. I’m excited for this next step in my career.”

Horn made his way to Auburn from McLennan Community College prior to the 2019 season and played a pivotal role in Auburn’s postseason run that culminated in Omaha, Nebraska, for the first time since 1997. The Waco, Texas, native gutted out a rain delay and pitched 6.0 scoreless innings in the regional final vs. Georgia Tech en route to being named to the Atlanta Regional All-Tournament Team.

“He’s missed some time at the collegiate level, but I think what he did in the postseason last year and how he started this year, even in the fall, from a professional baseball standpoint, they’ve see him,” head coach Butch Thompson said. “He kind of came out of nowhere. The sky’s the limit. His best days are definitely ahead of him. There’s just not a lot of guys walking Earth that are left-handed with the power he has and are that type of athlete.”