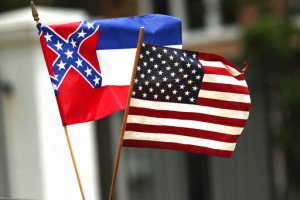 The Southeastern Conference is considering barring league championship events in Mississippi until the state changes its Confederate-based flag.

SEC Commissioner Greg Sankey released a statement Thursday, saying it’s past time for Mississippi to change its flag. He says students deserve an opportunity to learn and compete “inclusive and welcoming” environments.

The NCAA already said it would not schedule postseason events in Mississippi because of the flag that has the Confederate battle emblem in the upper left corner.

Mississippi Gov. Tate Reeve says if the flag is going to be redesigned, it should be done by voters in a statewide election.