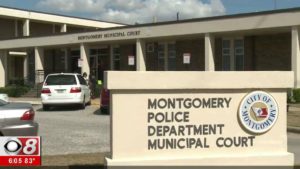 Judge Les Hayes has announced his retirement as presiding judge of the Montgomery Municipal Court following 20 years of service.

“We wish Judge Hayes well in future endeavors and appreciate his 20 years of service to the citizens of Montgomery,” Mayor Steven L. Reed said. “In coming weeks, we will work with legal community as well as grassroots and civic leaders to develop a field of uniquely qualified candidates committed to justice in our community.”

The Alabama Judicial Inquiry Commission filed charges against Hayes in 2016 regarding claims that included jailing poor people because they couldn’t pay traffic fines or fines for other misdemeanor offenses. He was suspended for 11 months.

With more than two decades of service to the city, Hayes was appointed by Bobby Bright on January 18, 2000. His retirement is effective July 2.

For more information, please visit the City’s website at www.montgomeryal.gov.