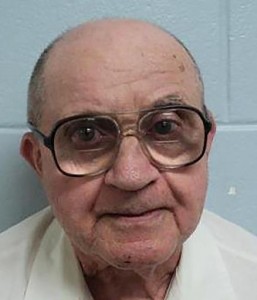 The last surviving KKK member convicted in the 1963 bombing that killed four black girls at the 16th Street Baptist Church in Birmingham has died in prison.

Thomas Edwin Blanton, Jr. died of natural causes.  He was 81.

The bombing killed four girls: Addie Mae Collins, 14; Denise McNair, 11; Carole Robertson, 14; and Cynthia Wesley, 14. After the bombing, riots broke out in Birmingham, leading to the killing of two boys.

Blanton was one of four suspects, all members of the Ku Klux Klan, but he wasn’t charged until 2000. He was convicted the following year of four counts of first-degree murder and sentenced to four life terms. He was denied parole in 2016.

“While serving a life sentence, Thomas Edwin Blanton, Jr., the last surviving 16th Street Baptist Church bomber, has passed away from natural causes. His role in the hateful act on September 15, 1963 stole the lives of four innocent girls and injured many others. That was a dark day that will never be forgotten in both Alabama’s history and that of our nation. Although his passing will never fully take away the pain or restore the loss of life, I pray on behalf of the loved ones of all involved that our entire state can continue taking steps forward to create a better Alabama for future generations. 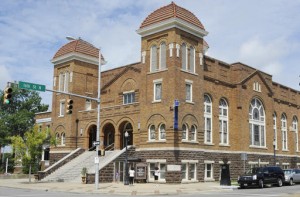 “Let us never forget that Sunday morning in September of 1963 and the four young ladies whose lives ended far too soon, but let us continue taking steps forward to heal, do better and honor those who sacrificed everything for Alabama and our nation to be a home of opportunity for all.”

The church bombing was a tipping point of the civil rights movement as the fight to topple segregation laws gained new momentum after the attack. 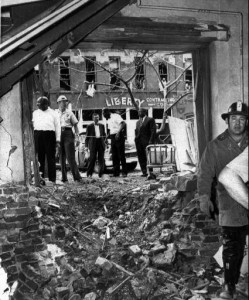 This large crater is the result of a bomb that exploded near a basement room of the Sixteenth Street Baptist Church in Birmingham, Ala. on September 15, 1963, killing four black girls. All the windows were blown out of the building just behind police and emergency workers. (AP Photo)