Suspected Scam Artist Turns Self in After Crimestoppers Segment 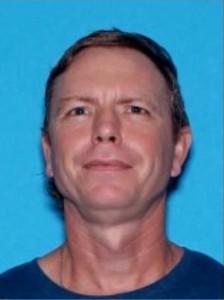 Investigators say that Franklin voluntarily turned himself over to Autauga County Sheriff Investigators on June 24, after seeing himself on a CrimeStoppers segment.

No other details were released.

Autauga County Investigators say that on May 5, 45-year-old Christopher Lee Franklin deceived an Autauga County family regarding work on their residence/property. Franklin negotiated with the family to conduct block work around the base of family’s residence. Franklin knowingly obtained by deception, control over money of the Autauga County family, and provided a general receipt with inaccurate personal information for the initial payment.

A felony warrant has been signed against Franklin for Financial Exploitation of an Elderly Person in the 2nd Degree. The public needs to be aware that Franklin is still likely operating in the Montgomery river region as a general contractor. He is charismatic and comes across as someone who is honest and knowledgeable in what he is doing.

Franklin uses both his first name (Christopher/Chris) and his middle name (Lee) interchangeably when he solicits business.

If you have any information on the whereabouts of Franklin, call Crimestoppers at 215-STOP.