Many Still Hesitant to Make a Splash in Public Pools? – YMCA Says Yes

If you’re beating the heat at a public pool this Summer, there’s a lot more to keep in mind this year amid Coronavirus concerns.

Local YMCA facilities, are among the re-opened public pools that have adopted new health and safety precautions, but are people still hesitant to take a dip during the pandemic? Greater Montgomery YMCA officials say the recent decline in patrons suggests they are.

For now, the Greater Montgomery facilities are only open to YMCA members, no guests, under new safety guidelines.  Despite rising Summer temperatures,  Lara Wilson with “The Y” says gyms and pools have only seen about 40% of its normal capacity compared to this time last year.

“People are making their own decisions about what’s best for their family and we respect that”. Wilson said Monday as Alabama news Network visited the Grandview YMCA facility in Millbrook.

Monday morning about a dozen or so Summer campers were in one of the facilities’ pools,  encouraged to maintain at least six feet of space between each other. Wilson said this year, Summer camps are operating at about a third of normal capacity.

Less patrons does make it a bit easier to enforce safety guidelines Wilson said, explaining the rules that have been implemented for safer swimming.

If you plan on swimming laps at any of the indoor or outdoor pools, you’ll need to reserve a lane first.  You can still stop by for “open swim”, but the pools have limited capacity.

“It’s a first come first serve basis with open swim” Wilson said “there are very limited hours for that so the best thing for someone to do is visit YMCAmontgomery.org, and if you really want to be sure always call ahead and see if the pool is at capacity before you’re on your way”. 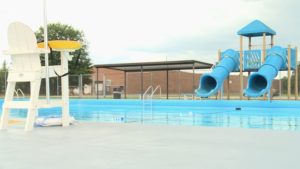 With the exception of the YMCA locations, many public pools in the Montgomery area remain closed. The City of Montgomery has yet to re-open its pools for the Summer, and has not announced any plans to do so yet.