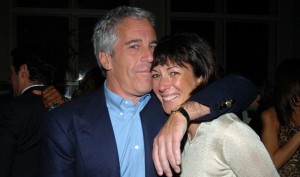 Audrey Strauss, the Acting U.S. Attorney for the Southern District of New York, William F. Sweeney Jr., the Assistant Director in Charge of the New York Field Office of the Federal Bureau of Investigation (FBI), and Dermot Shea, Commissioner of the New York City Police Department (NYPD), announced that Ghislane Maxwell was arrested this morning and charged with enticing a minor to travel to engage in criminal sexual activity, transporting a minor with the intent to engage in criminal sexual activity, conspiracy to commit both of those offenses, and perjury in connection with a sworn deposition.

The indictment unsealed Tursday alleges that between at least in or about 1994 through 1997, Maxwell and co-conspirator Jeffrey Epstein exploited girls as young as 14, including by enticing them to travel and transporting them for the purpose of engaging in illegal sex acts.  As alleged, knowing that Epstein had a preference for young girls, Maxwell played a critical role in the grooming and abuse of minor victims that took place in locations including New York, Florida, and New Mexico.  In addition, as alleged, Maxwell made several false statements in sworn depositions in 2016.  Maxwell is expected to be presented this afternoon in federal court in New Hampshire.  This case is assigned to U.S. District Judge Alison J. Nathan.

Acting U.S. Attorney Audrey Strauss said:  “As alleged, Ghislaine Maxwell facilitated, aided, and participated in acts of sexual abuse of minors.  Maxwell enticed minor girls, got them to trust her, and then delivered them into the trap that she and Jeffrey Epstein had set.  She pretended to be a woman they could trust.  All the while, she was setting them up to be abused sexually by Epstein and, in some cases, Maxwell herself.  Today, after many years, Ghislaine Maxwell finally stands charged for her role in these crimes.”

FBI Assistant Director William F. Sweeney Jr. said:  “Preserving the innocence of children is among the most important responsibilities we carry as adults.  Like Epstein, Ms. Maxwell chose to blatantly disregard the law and her responsibility as an adult, using whatever means she had at her disposal to lure vulnerable youth into behavior they should never have been exposed to, creating the potential for lasting harm.  We know the quest for justice has been met with great disappointment for the victims, and that reliving these events is traumatic.  The example set by the women involved has been a powerful one.  They persevered against the rich and connected, and they did so without a badge, a gun, or a subpoena – and they stood together.  I have no doubt the bravery exhibited by the women involved here has empowered others to speak up about the crimes of which they’ve been subjected.”

NYPD Commissioner Dermot Shea said:  “The heinous crimes these charges allege are, and always will be abhorrent for the lasting trauma they inflict on victims. I commend our investigators, and law enforcement partners, for their continuing commitment to bringing justice to the survivors of sexual assault, everywhere.”

If you believe you are a victim of the sexual abuse perpetrated by Jeffrey Epstein, please contact the FBI at 1-800-CALL FBI, and reference this case.

According to the indictment[1] unsealed Thursday in Manhattan federal court:

From at least 1994 through at least 1997, Ghislane Maxwell assisted, facilitated, and participated in Jeffrey Epstein’s abuse of minor girls by, among other things, helping Jeffrey Epstein to recruit, groom, and ultimately abuse victims known to Maxwell and Epstein to be under the age of 18.  The victims were as young as 14 years old when they were groomed and abused by Maxwell and Epstein, both of whom knew that their victims were in fact minors.  As a part and in furtherance of their scheme to abuse minor victims, Maxwell and Epstein enticed and caused minor victims to travel to Epstein’s residences in different states, which Maxwell knew and intended would result in their grooming for and subjection to sexual abuse.

As alleged, Maxwell enticed and groomed minor girls to be abused in multiple ways.  For example, Maxwell attempted to befriend certain victims by asking them about their lives, taking them to the movies or taking them on shopping trips, and encouraging their interactions with Epstein.  Maxwell also acclimated victims to Epstein’s conduct simply by being present for victim interactions with Epstein, which put victims at ease by providing the assurance and comfort of an adult woman who seemingly approved of Epstein’s behavior.  Additionally, to make victims feel indebted to Epstein, Maxwell would encourage victims to accept offers of financial assistance from Epstein, including offers to pay for travel or educational expenses.  Maxwell also normalized and facilitated sexual abuse by discussing sexual topics with victims, encouraging them to massage Epstein, and undressing in front of a victim.

Additionally, in 2016, while testifying under oath in a civil proceeding, Maxwell repeatedly made false statements, including about certain specific acts and events alleged in the indictment.

The statutory maximum penalties are prescribed by Congress and are provided here for informational purposes only, as any sentencing of the defendant would be determined by the judge.

Ms. Strauss praised the outstanding investigative work of the FBI and the NYPD.

This case is being handled by the Office’s Public Corruption Unit.  Assistant U.S. Attorneys Alex Rossmiller, Alison Moe, and Maurene Comey are in charge of the prosecution.

The charges contained in the Indictment are merely accusations.  The defendant is presumed innocent unless and until proven guilty.

[1] As the introductory phrase signifies, the entirety of the text of the Indictment, and the description of the Indictment set forth herein, constitute only allegations, and every fact described therein should be treated as an allegation.  The defendant is presumed innocent unless and until proven guilty.