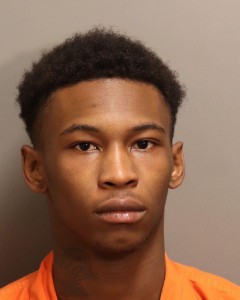 he Montgomery Police Department has charged a suspect with the Homicide of Trevaughn Patterson, 24, of Montgomery. He was fatally shot on June 4.

On Thursday, June 4, around 3:23 pm, MPD and Fire Medics responded to the area of Madison Avenue and North Panama Street in reference to a subject shot. At the scene, police found an adult male victim with a life threatening gunshot wound. The victim was transported to a local hospital for treatment. He was later pronounced dead.

MPD charged Le’Atre Percival, 19, of Montgomery, with Capital Murder. Percival was taken into custody on July 1, by the United States Marshals Task Force. He was placed in the Montgomery County Detention Facility.

The circumstances surrounding the shooting are unknown.

There is no additional information available for release in connection to this continuing investigation.