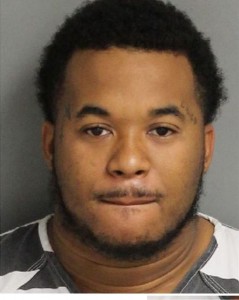 HOOVER, Ala. — In a Sunday evening press conference, the Hoover Police Department announced 22-year-old Montez Moses Coleman of Birmingham was arrested as a suspect in the July 3rd Riverchase Galleria mall shooting.

Coleman is at the Jefferson County Jail charged with Capital Murder and 3 counts of Assault 2nd degree in the shooting death of 8-year-old Royta De’Marco Giles. Three others were also injured, two adults and one other juvenile.

Hoover’s PD chief says Coleman and five other males got into a verbal argument then shots were fired. He says none of the people involved in the altercation were injured, only the four bystanders.