One person is dead — and another is behind bars — after a shooting early Sunday morning in Wilcox County. 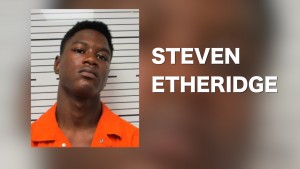 “A murder case is a Class-A felony, so he’s being charged as an adult,” said Evans.

The shooting happened in the Boykin community near Rosewood Lane and County Road 29. Evans says the two men got into an argument about a race car — that escalated into a shooting.

“Mister Pettway was transported to a Selma hospital where he was pronounced dead on the scene at the hospital. Mister Etheridge was arrested and placed in the Prince Arnold Detention Center for murder,” said Evans.

Etheridge is being held without bond.

The investigation into the shooting remains on-going.