Funeral arrangements have been announced for the MPD detective who was killed earlier this week. 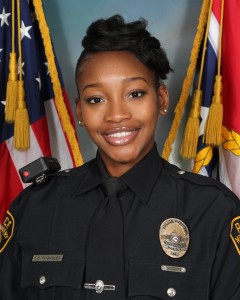 Montgomery Police announced that a memorial service for Detective Tanisha Pughsley will be this Sunday from 10AM-2PM at Ross-Clayton Funeral Home on Adams Ave in Montgomery.

Detective Pughsley’s Homegoing Service will take place Saturday, July 18 at Miracle Revival Center in Maywood, Illinois, just outside of Chicago. The wake will start at 10AM, followed by the service at 11AM.

There is also a candlelight vigil planned Friday evening. It will be held at 2625 Lower Wetumpka Road in Montgomery. They are asking those in attendance to bring purple or white balloons. It starts at 7PM.

Montgomery Police say 27-year-old Detective Tanisha Pughsley was killed in her home early Monday morning in the 6700 block of Overview Drive. Police say the incident appears to be domestic-related.

MPD charged 24-year-old Brandon Webster, of Montgomery, with Attempted Murder, Capital Murder during a Burglary, and Capital Murder in violation of a court-issued Protection Order.

Court records show that Detective Pughsley filed a restraining order against Webster on May 28. The order indicates that Pughsley and Webster were in a current or former relationship at the time it was filed.

Webster was taken into custody by United States Marshals Task Force and placed in the Montgomery County Detention Facility. He is currently held on $150,000 bond.