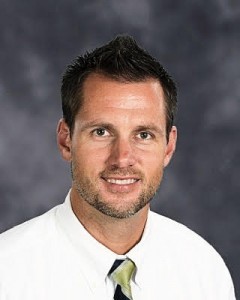 TALLASSEE, AL. (ALABAMA NEWS NETWORK)– Chet Stewart has been named as Tallassee High School’s principal. Mr. Stewart has been in public education for 24 years and has served in the Tallassee City Schools System for 13 years as the Assistant Principal of Tallassee High School. He is a 1991 graduate of Jefferson Davis High School in Montgomery, AL and a 1995 graduate of Faulkner University, Montgomery, AL. He taught standard and upper level math classes in the Elmore County School System from 1995 – 2007. Mr. Stewart and his wife, Jen have four children, Jordan 20, Robert 19, Mirriam 18, and Steele 17.

Mr. Stewart noted, “As principal at Tallassee High School, I want to carry on the rich tradition of academic excellence, family, honor, and success that has been prevalent here for many years. My goal is to create an “Above the Bar” mentality with our students, teachers, support staff, etc. The THS atmosphere is such that we are not satisfied with the status quo, but we all strive for greatness.”

Tim Collier has been named as Southside Middle School’s principal. Collier is a 1989 graduate of Tallassee High School. He received his 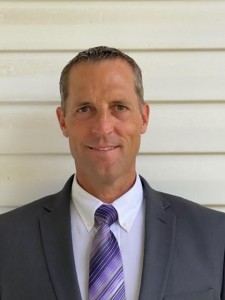 bachelor’s degree from Auburn University and master’s degree from Alabama State University. Mr. Collier began his educational career 22 years ago at our own Southside Middle School. Over the first 13 years of his educational tenure, he served as a teacher and coach. He then transitioned into administration. He has been married to his wife, Donna, for 24 years. They have two daughters; Courtney, 21 and Kirsten, 16.

Mr. Collier said recently, “My mission is to provide a safe and highly effective learning environment for all students to reach their academic potential. My vision is to empower students to build success for life.” 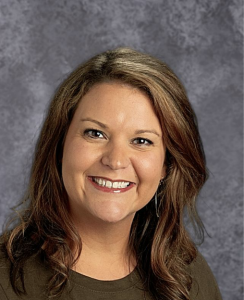 Tallasse, and she attended Tallassee City Schools as the drum major for the Pride of Tallassee her senior year. She graduated from Tallassee High School in 2004 and then attended Auburn University where she received her bachelor’s degree and master’s degree in secondary mathematics education. While at Auburn, she was an active member of the Auburn University Marching Band and was on the Flag Line.

Her teaching career started at Opelika High School where she taught mathematics for 3 years. While in college and teaching full-time for Opelika, she was the Flag Line instructor with the Spirit of the South marching band program. After several years, her heart called her home to Tallassee where she wanted to put down roots and raise her family. She returned to THS in 2011 to teach mathematics and help lead the Pride of Tallassee. During her tenure at THS, she has been the Mathematics Department Head, Auxiliary Coordinator for The Pride of Tallassee marching band, and Instructional Leader. She has also served the district as an Instruction Coach while maintaining a teaching load at THS. While serving in these roles for Tallassee City Schools, she returned to Auburn University in 2017 to earn her certification in Instructional Leadership.

She noted, “I am excited to begin my journey as Assistant Principal for Tallassee High School!”

She and her husband Brad have two children, Brady and Brinley, who both attend Tallassee Elementary School.