A Dallas County sheriff’s deputy finds himself on the wrong side of the law tonight — facing multiple charges. 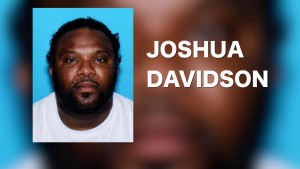 Thirty year old Joshua Davidson of Greenville is charged for kidnapping — sodomy — and human trafficking — after a woman claims he sexually assaulted her — during a traffic stop.

The woman claims it happened within the city limits of Selma — back in January.

She filed a complaint with the Selma Police Department.

“She told us that the deputy said that she had some marijuana residue on her clothing. He then got her out of the car and put hand cuffs on her and put her in the back of his car. He then took her down a dark alley where he forced her to have sex with him,” said Chief Kenta Fulford.

Fulford contacted Dallas Co. Sheriff Mike Granthum who conducted an internal investigation — then called in the ALEA Bureau of Investigation to investigate.

“Chief Fulford relayed the allegations to me. I brought Mr. Davidson in and conducted an internal investigation. I found out some of the information could possibly be true so of course he was immediately suspended,” said Granthum.