The Alabama Department of Corrections has announced the death of two Alabama inmates.

Barry Stewart Foy, 57, who was serving concurrent 20-year sentences for burglary out of Butler County and criminal possession of a forged instrument out of Baldwin County at Staton Correctional Facility (Staton) in Elmore, passed away on July 10. 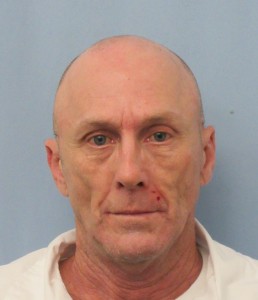 Inmate Foy, who was housed in Staton’s infirmary due to multiple advanced and chronic conditions, was tested for COVID-19 on June 11 after direct exposure to another inmate housed in the infirmary who tested positive for the disease. Upon returning a positive test result for COVID-19, Foy remained in the infirmary under medical isolation. On June 20, Foy was transferred to a local hospital for additional care once his condition began to decline. He remained under the care of the hospital until his passing.

Laveris Evans, a 31-year-old inmate who was serving a 15-year sentence for robbery out of Jefferson County at Easterling Correctional Facility (Easterling) in Clio, passed away on July 12. 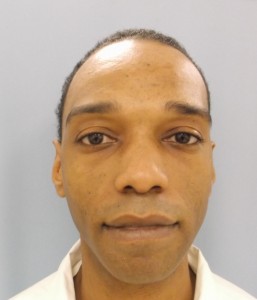 Inmate Evans was tested for COVID-19 at Easterling on June 23 after exhibiting signs and symptoms of the disease. Evans did not suffer from any known preexisting health conditions. He was transferred to a local hospital for additional care on June 25 after his condition began to decline and returned a second positive test result for COVID-19 while at the hospital. Evans remained under the care of the hospital until his passing.

The ADOC has confirmed that thirty-four (34) inmates have tested positive for COVID-19 since July 10:

Newly identified positive cases outlined above include inmates who are symptomatic and inmates who are asymptomatic. All existing quarantine protocols held in-place or newly implemented as recommended by the ADOC’s contracted State Medical Director are being maintained at each facility where the newly identified positive inmates are currently housed.

One hundred thirty-four (134) total cases of COVID-19 have been confirmed among our inmate population since April 16, ninety-three (93) of which remain active.

The ADOC was informed via self-reporting that eight (8) staff members have tested positive for COVID-19 since July 10:

These individuals promptly self-quarantined under the direction of their healthcare providers.

The ADOC’s Office of Health Services (OHS) has initiated investigations to determine which, if any, ADOC inmates or employees may have had direct, prolonged exposure to these staff members. Upon completing the appropriate due diligence, OHS will advise any staff with direct exposure to contact their healthcare providers and self-quarantine as advised.

Eighty-one (81) COVID-19 cases among ADOC staff and contracted staff remain active. One hundred twenty-seven (127) staff members who previously self-reported a positive test have been cleared by medical providers to return to work.