Nunn says health concerns over COVID-19 — is probably one of the things keeping some voters away from the polls. He says the county did however, see an increase in absentee voting. 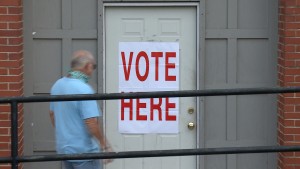 “Still, even adding the absentee to the amount of voters that’s coming out today, we are still low for today,” Nunn said.

“You know, some of our polls are doing well, because they do have a number of runoffs in them, that precinct. But the other polling precincts are low today.”

Only half the districts in the county — have a runoff race for county commission included on the ballot.

“A lot of times the candidate themselves will push and get out — and get people to the polls within them districts. We only have that push within two districts in which we have runoffs.”

In Dallas County — all of the local races are on the democratic ballot. Winners will have no Republican opposition in the general election.