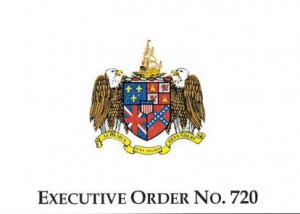 Governor Kay Ivey on Thursday announced that by Executive Order 720, she has established Alabama’s first statewide commission on entrepreneurship and innovation. The Alabama Innovation Commission, known as Innovate Alabama, will serve as a platform for innovators to engage policymakers, exchange ideas and identify policies that promote innovation in the state.

“Through the establishment of the Alabama Innovation Commission, I look forward to collaborating with our state’s leading innovators to develop a long-term strategy to create a more resilient, inclusive and robust economy,” Gov. Ivey said. “Alabama has always had a rich tradition of developing technologies to move our state forward. Now more than ever, we must capitalize on future opportunities by engaging our state’s trailblazers to discuss new ideas and policies that support entrepreneurship, economic development and jobs.”

“I’m inspired by the potential for future growth in our state’s innovation community and look forward to continued momentum and growth in this sector. The Alabama Incentives Modernization Act set into motion a new set of incentives that will help attract and retain startups and technology companies in the state,” said Poole. “Forming the Alabama Innovation Commission is a critical step to further create policies that will ensure Alabama’s competitiveness in the technology and startup sector.”

“Through this commission, we hope to tap into the potential for the state to become a hub for startups and technology-based companies,” said Reed. “I look forward to working with the Alabama Innovation Commission to encourage collaboration, public-private partnerships and smart policies that promote access to opportunity and create a pipeline for success in all corners of the state.”

The commission will examine policies to increase entrepreneurship, spur innovation and enhance technology accelerators, in addition to addressing the challenges and red tape that startup companies often face. They also will produce and present a comprehensive innovation policy agenda to the Office of the Governor and the Alabama Legislature.

“Alabama is home to me, and I am honored to serve on the advisory council for the Alabama Innovation Commission,” Dr. Rice said. “While our country currently faces many challenges, this is an opportunity to create forward-thinking ideas and policies that will inspire the next generation of innovators. By focusing on knowledge-based skills and education, technology growth and entrepreneurship, we unlock the potential for future success across the state.

“The Alabama Innovation Commission will provide a tremendous opportunity to partner with leaders from the public and private sectors to grow our great state,” said Greg Barker, president of the Economic Development Partnership of Alabama. “The focus on innovation to deliver sustainable growth will benefit our entire state through new solutions and more job opportunities. I am excited to play an important role in building Alabama’s future.”

The commission will convene at a later date.

Representative Bill Poole (R-Tuscaloosa) serves in the Alabama House of Representatives and as the chairman of the House Ways and Means Education Budget Committee. A native of Marengo County, Poole was first elected to the House of Representatives in 2010 and serves on the House Ways and Means Education Budget Committee, Judiciary, Tuscaloosa County Legislation and Technology and Research committees. Poole was the sponsor of the Alabama Incentives Modernization Act, a critical piece of legislation in making the state more attractive to tech-based companies and entrepreneurs.

Senator Greg Reed (R-Jasper) was first elected to the Alabama State Senate in 2010 and serves as the Senate Majority Leader. Reed is a native of Jasper and is a member of the Rules, Jefferson County Legislation, Confirmations, Transportation and Energy, Healthcare and Local Legislation committees.

Reed served as the senate sponsor of the Alabama Incentives Modernization Act.

Scott Adams leads Protective’s community engagement and Corporate Social Responsibility activities as well as oversees several corporate functions, including the Protective Life Foundation, brand and social engagement and corporate communications. In addition, he works with executive leadership on the development of strategy and innovation in support of our growth initiatives.

In his role at EDPA, Barker supports business recruitment and expansion efforts in Alabama and promotes innovative and emerging startup companies through its Alabama Launchpad program. A veteran in economic development, he has more than 35 years of experience leading recruitment, expansion and innovation efforts in the Southeast. Prior to joining EDPA, served in various leadership roles at Alabama Power in economic development, most recently serving as executive vice president of customer services. Barker serves on the board of directors for numerous business and economic development organizations, including the Bill L. Harbert Institute for Innovation and Entrepreneurship at the University of Alabama at Birmingham, Opportunity Alabama and Innovation Depot.

Lindsay Rane Carter is an associate general counsel at Great Southern Wood Preserving, makers of YellaWood®. An alumna of Auburn University and Jones School of Law, Carter now represents one of the most profitable businesses to come out of Alabama.

Miller Girvin is the CEO of the Alabama Capital Network (ACN), a community economic development organization whose mission is to facilitate the growth of the entrepreneurial ecosystem in Alabama. Girvin connects Alabama-based companies with valuable resources and connections and facilitates relationships with venture capital to continue upward trajectory.

Abe Harper is the president and CEO of Harper Technologies, a comprehensive IT support and consulting firm based in Mobile. Harper has been working in the IT industry since he was a teenager and has expanded his business from serving residential clients to now serving small-to medium-sized businesses, nonprofits and local government entities throughout Mobile and Baldwin counties, as well as surrounding counties in neighboring states.

Shegun Otulana is the Founder of TheraNest and its parent company Therapy Brands, the leading provider of software technology solutions for mental, behavioral, and rehab health providers and organizations. In 2020, he stepped down as CEO and currently serves as Vice Chairman of the board. Prior to Therapy Brands, Shegun founded Zertis Technologies, a computer software consultancy company. He currently serves as Founder/CEO of HVL, an idea and growth studio that owns and operates a family of technology companies.

Peggy Sammon is an experienced entrepreneur with a background in multiple high-tech start-ups in environmental monitoring, wireless, and biotech. Sammon serves as CEO of GeneCapture, a start-up medical device company at HudsonAlpha Institute for Biotechnology.

• Rep. Jeremy Gray – State Representative Jeremy Gray has served in the Alabama House of Representatives since 2018 representing District 83. A native of Opelika, Ala., Gray serves on the Commerce and Small Business, Health, Lee County, and Public Safety and Homeland Security committees.

Arndt Siepmann is the Deputy Director of Economic Development at the City of Auburn. In his career, has worked in various economic development corporations, including on a regional and state level. He started the Entrepreneurship and Technology Program for the City of Auburn and leads the Auburn Regional Launchpad competition. Siepmmann also works with the Auburn University Harbert College of Business to support student entrepreneurship efforts.

• Sen. Malika Sanders-Fortier –Senator Sanders-Fortier is a Selma, Ala. native and has served in the Alabama State Senate since 2018. She is a member of the Finance and Taxation Education, Judiciary, Governmental Affairs, Fiscal Responsibility and Economic Development, Children Youth and Human Services and Veterans and Military Affairs committees.

Charisse Stokes serves as Executive Director of TechMGM, the collaboration of local, industry, educational and governmental entities working to leverage Montgomery’s technology assets to focus on economic, workforce and community development. Over the past 20 years, Stokes has held numerous IT and programming positions across the Department of Defense, industry and nonprofit organizations.

Neill Wright is a co-founder and executive director of Bronze Valley, a non-profit, early stage venture investment platform that supports high growth, innovation and technology-enabled companies created by diverse, underrepresented and underestimated founders. He has more than 25 years of experience as an investor, entrepreneur and operating executive.

With more than 35 years of service with the utility, Zeke Smith is responsible for the company’s Environmental Affairs, Charitable Giving, Corporate Affairs, Governmental Relations, Public Relations

and Regulatory Affairs functions. Smith also serves as chairman of the Alabama Power Foundation’s Board of Directors, in addition to serving on the boards of numerous external organizations.

Chris Moody is a partner at the venture capital firm, Foundry Group, focusing on investments in technology companies. He has worked closely with some of Silicon Valley’s fastest growing technology companies to help them formulate and execute their platform strategies. Prior to joining Foundry Group, Moody was GM & VP of Twitter’s Data & Enterprise Solutions business.

Former U.S. Secretary of State Condoleezza Rice has vast experience in the technology sector and is the incoming Tad and Dianne Taube Director of the Hoover Institution. The Hoover Institution at Stanford University is the nation’s preeminent research center dedicated to generating policy ideas that promote economic prosperity, national security and democratic governance. Dr. Rice is also a founding partner at Rice|Hadley|Gates, LLC, an international strategic consulting firm based in Silicon Valley and Washington, D.C.

Bill Smith is CEO of Smith Ventures and the founder and former CEO of Shipt, a membership-based marketplace, enabling same-day delivery of fresh foods and household essentials across the US. Shipt was acquired by Target in December 2017 for $550 million and operates as an independent subsidiary serving multiple retailers. He recently launched Landing, a startup offering flexible leasing memberships for long-term living.

Jared Weinstein is a native of Birmingham and is currently a partner at Thrive Capital, a New York- based venture capital firm. In 2013, he founded the Overton Project, a social investment platform that has focused on scaling national best-in-class impact organizations to Birmingham – specifically Breakthrough Collaborative, Venture for America, and Microsoft’s TEALS computer science program. Prior to Thrive, Weinstein spent seven years at the White House in various roles.