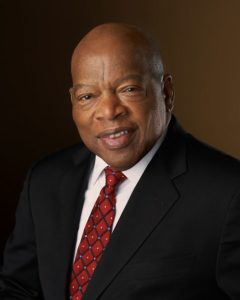 “Our nation and our community have lost a giant. From his humble roots in Pike County, John Lewis rose to become a titan of courage and conscientiousness. His was the voice of righteousness as he bravely, repeatedly risked his life and wellbeing for the cause of equality for all.

From Montgomery’s Greyhound bus station, to the Edmund Pettus Bridge on Bloody Sunday, to the halls of Congress, John Lewis displayed the best characteristics of us all; and demanded that our society embrace higher values.

Let us pay homage to his memory by emulating his life and “getting into good trouble” whenever and wherever injustice is found.”

John Lewis died July 17, after a six months battle with pancreatic cancer. He was 80-years-old.