The results of the primary runoff election are now certified and official. 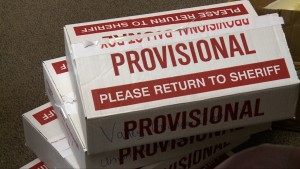 Twenty-two provisional ballots cast during the runoff were admitted and added to the unofficial totals.

The district two race for the county commission was decided by a mere 12 votes.

“It is very important. It just goes to show that the importance of people exercising their constitutional right to vote and it makes a difference,” Nunn said.

Nunn says about 23 percent of the county’s registered voters turned out for the primary runoff election.

Outside Media Looking In