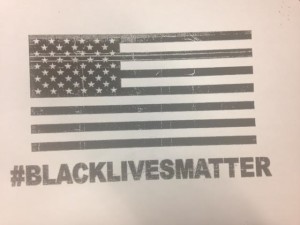 As the nation puts a spotlight on problems plaguing Black communities, some families and doctors are calling for medical disparities to be part of the Black Lives Matter conversation.

“African American women are three to four times more likely to die due to pregnancy complications,” says Dr. Emmary Butler, an OBGYN in Indiana. Dr. Butler, as well as many doctors and families, says it’s a systemic problem that must be fixed.

Conditions like pulmonary embolism, preeclampsia, and hypertension are avoidable if treated early in pregnancy, but Black mothers are dying from these problems.

Dr. Butler says, “African Americans are more often not insured or they have poor access to quality care. However, these same studies also show that even with these resources, African Americans are not receiving the standard of care. Advocate for yourself, advocate for your family members, if you feel that you’re having medical issues, please sound an alarm until someone actually listens.”

Bruce McIntyre is a single father raising his three-month-old son Elias. His girlfriend Amber Isaac died during an emergency C-section in April. “All I can do is think about Amber while I’m with him, you know, he has her smile, her eyes, and it just kills me sometimes when I just stare at him because I think about what should have been.”

The 26-year-old mother’s death in a New York City hospital came just days after she tweeted that she was not receiving proper care. McIntyre calls it neglect. Amber developed a serious complication during pregnancy, but McIntyre says doctors didn’t catch it until it was too late.

McIntyre is taking action. “I can’t sit around. Amber would not want me to sit around,” he says. He’s organizing a march to raise awareness and hopefully save lives.