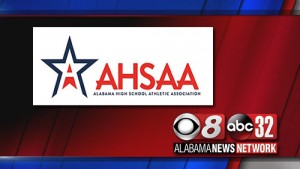 The AHSAA has released details of its plan for fall sports at its member high schools across Alabama. Those details were announced at a news conference that was aired live on Alabama News Network this afternoon.

The plan is to start sports on their regular start date and to play a full season. But AHSAA Executive Director Steve Savarese says the plan will remain fluid throughout the season for football and the other fall sports of cross country, volleyball and swimming/diving.

He says parents will make the ultimate choice on whether they feel it’s safe enough for their children to return.

He says local school boards will have the flexibility and authority to decide for themselves whether it’s safe to play without facing penalties for canceling games or the entire season. Ideally, he says games might be rescheduled.

Savarese says masks will be highly recommended to be worn by coaches, officials and fans.  Local schools will make decisions on whether to restrict the number of fans coming through the gates. They would also decide the protocol for teams being driven on buses and whether masks are worn and seats are assigned.

He says the AHSAA doesn’t govern cheerleading or bands. It is likely that cheerleaders will have to be moved away from the football sidelines because the players box will be expanded from 1o-yard-line to 10-yard-line.

Students who attend school virtually will be eligible to play fall sports even though they are not in class on campus.