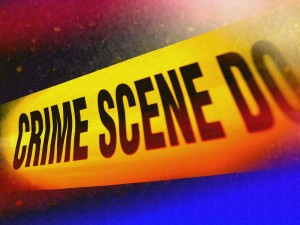 MILLBROOK, Al. – On Saturday morning, July 25, 19 year-old Thomas Killingsworth of Millbrook was taken into custody in Montgomery by the United States Marshals Service Fugitive Task Force. This was in regard to a felony warrant obtained by the Millbrook Police Department’s Criminal Investigations Unit with regard to the murder of Kendrick T. Williams, a 25 year-old Millbrook resident.

On July 11, 2020, at approximately 11:52 pm, Millbrook police officers responded to the 2600 block of Sharon Lane with regard to shots fired. Upon arrival officers discovered Williams suffering from a gunshot wound.

Williams was treated at the scene by Millbrook fire rescue units and transported to Baptist South Emergency Room where he later succumbed to his injuries on July 12, 2020.

The case was turned over the Millbrook Police Department’s Criminal Investigative Unit, who was able to identify Killingsworth as a suspect in this case. After completion of their preliminary investigation it was determined that there was probable cause to believe that Killingsworth was responsible for Williams’ death, and a warrant of arrest was obtained against Killingsworth for murder.

Chief P.K. Johnson adds, “I am extremely pleased to announce that an arrest has been made in this case and that we are able to provide some closure to the victim’s family. I know the family is still grieving the loss of their loved one, but hopefully knowing that we have the alleged offender in custody will give them some peace and allow the healing process to begin. I want to thank the family for their patience and cooperation through what has been a difficult time for them. I want to address what we in law enforcement deal with all too often in cases like this, which is a lack of communication and cooperation that occurred during this investigation. There were people in this community that had pertinent information that would have allowed our investigators to make an arrest much sooner had they came forward and cooperated. That did not happen. I am appalled that our investigators and administrative staff had to basically track people down when there were people on the scene the night of the offense that had they came forward would have allowed us to make us an arrest shortly after the offense occurred. This unwritten code that makes people believe that cooperating with law enforcement is forbidden or frowned upon leads to unnecessary frustration to the families of victims and makes it more difficult for law enforcement to solve cases. At the end of the day it creates a danger to the public and law enforcement by allowing violent offenders an opportunity to remain on our streets. This cannot happen. We must break this trend. I ask our citizens, how would you feel if you were a family member of a victim of a violent crime and people that have information that would assist law enforcement in identifying and apprehending the offender but they refused to cooperate with law enforcement? How do you feel now? I think it’s different when the shoe is on the other foot. We have to be better than that. We need the cooperation of our citizens to be successful.”

“I want to commend Sergeant Jason Brosius and our Criminal Investigations Unit, Assistant Chief Johnny Montgomery and our patrol officers that responded to the initial call the night of the offense. Their initial response and their tireless efforts throughout this investigation in the days following allowed us to identify the suspect and obtain a warrant for the arrest of the alleged offender. During this investigation and leading up to this morning’s arrest of the offender we received tremendous support from the Prattville and Montgomery Police Departments, as well as the United States Marshals Service Fugitive Task Force. Their assistance in this case was invaluable and greatly appreciated. We are fortunate to have an outstanding working relationship with all levels of law enforcement in our surrounding area. Everyone involved in this case did an outstanding job and I am proud of their effort.”