Longtime Fort Deposit Mayor Fletcher Fountain won’t be on the ballot in the upcoming municipal elections in August. 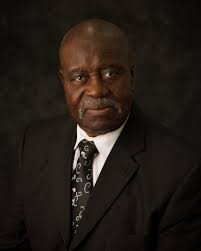 After serving five terms in office — Fountain decided not to seek re-election.

“I decided it’s about time to hang it up. Age, and my wife is not in the best of health, so I want to go home and spend more time with her. You can’t do a good job with your mind in two places,” Fountain said.

Fountain made history twenty years ago — when he was elected the city’s first black mayor.

He says over all — the city is better shape now — than it was when he took office.

Fort Deposit voters are now set to make history once again — in this year’s election.

The two candidate for the mayor office are both women.

And whoever wins will be the first woman — ever elected mayor of the city.