Selma voters will be choosing a new mayor in the upcoming municipal elections in August.

Mayor Darrio Melton won’t be on the ballot — and there are a dozen candidates running for the mayor’s office. 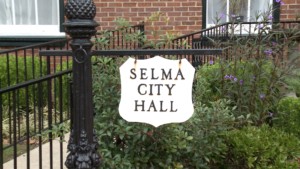 “Selma needs somebody that cares, honestly cares about the city of Selma and the economic development of Selma,” said Steve Smitherman.

“We need some better streets, security and basically everything,” said James “Chicago” Hudson. “Because Selma just done fell so. It’s going to have to be built back and I know its going to take a lot to do that.”

People also say the want a mayor — who can work with the city council — and other elected officials.

“I would like to see cohesiveness between the mayor and the council,” said George Rhodes. “To me, I can’t see any progress unless you have cooperation.”

“If we can get a mayor that can work with everyone. Bring ideas to the table and then make those ideas come alive. That’s what I’d like to see the new mayor do,” said Helene Felton of Dallas County.

Felton says — as Selma goes — so goes Dallas County. She said choosing who leads the city is important to the entire region.

“And not only that, to the whole state. Because you know, people look at us. People are watching Selma.”