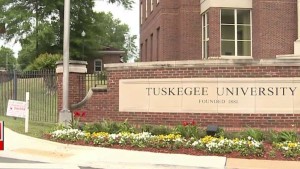 Tuskegee University has announced it’s received a $20 million gift from philanthropist, activist and author MacKenzie Scott. It is the largest donation in the university’s history.

Last year, Scott pledged to give half or more of her assets to charity in her lifetime or will, according to a statement from the university.

President Lily D. McNair said the donation will help Tuskegee build on its reputation as one of the nation’s leading institutions of higher education.

“This gift comes at an opportune time for us,” said McNair, who has led the institution since July 2018. “We are about to launch a five-year strategic planning effort and, with this investment from Ms. Scott, we will be able to unfold the next phase of our mission in ways we simply could not have considered before.”

“We will focus on student scholarships, faculty and curriculum development, interdisciplinary programs, and campus infrastructure improvements,” she said. “The gift will allow us to become the Tuskegee of the 21st century – a university that integrates knowledge, leadership and service to solve the problems of a global, modern society.”

Although the two have never met, McNair and Scott share an important connection: They are Princeton University alumnae. McNair earned an undergraduate degree in psychology from the institution, and Scott, who has published two novels, studied under Pulitzer Prize author Toni Morrison.